17.7.12
Who Owns How Much of Downtown?!
The Cubed Advisory blogging team is back from a break in Europe, spent largely wondering when will London start air conditioning buildings and when will Spain start sharing the really good anchovies and olives with the rest of the world by way of an export market.
We did have time to ponder another issue while in London- ground leases.
Although not unheard of in NYC, ground leases are still the exception and not the rule.  They typically appear under the occasional piece of commercial real estate and are usually shied away from in the residential realm as they make unit financing a bit more difficult.  Large scale ground leases have mostly been limited to infrastructure infill.  MTAs ground lease of the Hudson Yards to Related is one example, coming in at around 40+ acres.  The land above the rail yard feeding Grand Central is another.  Turned from a railcut to prime NYC realestate in the early 20th century, there are still some buildings on Park Avenue whose fee simple owners are the heirs and successors of the original NY Central and Hudson Railroad.
Ground leases in London are another issue.
The Grosvenor company is a privately held international real estate firm with large ground lease holdings in central London.  How large is large?  Try 300 acres.
300.
Acres.
Those 300 acres comprise the high rent area of Mayfair and very high rent, diplomatic area known as Belgravia.  This is not land that, like NYC was part of a swath of infrastructure... it is hereditary land, landed gentry land.  Specifically, it is the Duke of Westminster's land acquired as part of the dowry of a 12 year old bride in 1677.  It was apparently swampy meadows back then, but it has never been a railyard.
To add some NYC perspective to this kind of largely tax free (thats a whole other story) land holding, here is a map of the properties in London: 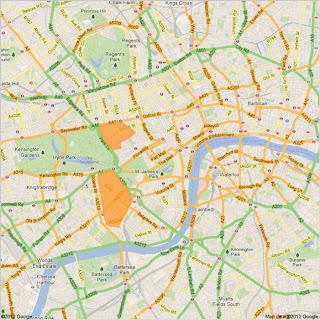 And what it would look like if it were in NYC: 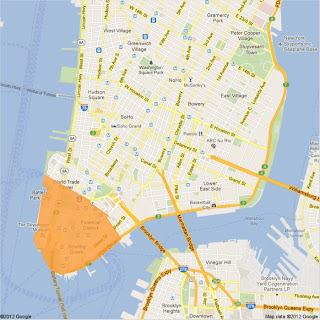 Thats everything south of City Hall.  World Trade Center, World Financial Center, Wall Street, Battery Park, most of the South Street Seaport and all of FiDi.  All of it.
Ahhhh travel... and real estate.  Now, where can I get more of those Spanish anchovies?

This Template is generated via PsycHo and is Licensed.